Events of 2011Human Right Watch World Report 2012: Ethiopia
Ethiopian authorities continued to severely restrict basic rights of freedom of expression, association, and assembly. Hundreds of Ethiopians in 2011 were arbitrarily arrested and detained and remain at risk of torture and ill-treatment.

The restrictive Anti-Terrorism Proclamation (adopted in 2009) has been used to justify arrests of both journalists and members of the political opposition. In June 2011 the Ethiopian House of Federations officially proscribed two armed groups—the Ogaden National Liberation Front (ONLF) and the Oromo Liberation Front (OLF) and one opposition party, Ginbot 7—labeling them terrorist organizations.

Political Repression, Pretrial Detention, and Torture
In March 2011, authorities arrested more than 200 members and supporters of registered Oromo opposition parties—the Oromo Federal Democratic Movement (OFDM) and the Oromo People’s Congress (OPC)—during mass roundups. Those arbitrarily arrested and detained included former members of parliament, long-serving party officials, and candidates in the 2010 regional and parliamentary elections. They were publicly accused of being involved with the banned OLF; at least 89 have been charged with a variety of offenses, some relating to terrorism.

On August 27 Bekele Gerba, deputy chairman of OFDM; Olbana Lelisa, a spokesman for OPC; and seven other opposition party members  were arrested on charges of involvement with the OLF. They were held in pre-trial detention at the Federal Police Crime Investigation Department, also known as Maekelawi, where torture is reportedly common.  At least 20 other ethnic Oromo were arrested in this same sweep.

On September 8 popular actor Debebe Eshetu was arrested and accused of belonging to the banned opposition party Ginbot 7. The following week, on September 14, Andualem Aragie, vice-chairman of the opposition party Unity for Democracy and Justice (UDJ), two other active members of UDJ, and the general secretary of another opposition party, the Ethiopian National Democratic Party (ENDF), were arrested in Addis Ababa, the capital, on similar accusations.

Human Rights Watch continues to receive credible reports of arbitrary detention and serious abuses of civilians alleged to be members or supporters of ONLF. These civilians were being held in detention facilities in Ethiopia’s Somali region.

Long-term pre-trial detention without charge, often without access to counsel, is common, notably under the Anti-Terror law, which allows police to request additional investigation periods of 28 days each from a court before filing charges, for up to four months. Human Rights Watch is aware of at least 29 opposition party members, journalists, and an actor who at this writing were currently held in remand detention under the Anti-Terror law.

No independent domestic or international organization has access to all of Ethiopia’s detention facilities; it is impossible to determine the number of political prisoners and others arbitrarily detained or their condition.

Freedom of Expression and Association
What little remains of the private independent media and foreign media faced further attacks and restrictions during 2011. Self-censorship is rampant. Journalists working for the few remaining “independent” domestic newspapers have faced regular harassment and threats. Several journalists were arbitrarily arrested and detained in 2011.

On June 19 and 21 respectively Woubshet Taye of Awramba Times and Reeyot Alemu of Feteh, journalists for two newspapers often critical of the government, were arrested, along with seven other individuals, including two ENDP members, and accused of conspiring to commit terrorist acts. After almost three months of detention, without access to their lawyers, the two were charged on September 6 of several counts of terrorism. Charges were also leveled against Elias Kifle, editor of the online Ethiopian Review, in absentia. One ENDP member, Zerihun Gebre-Egzabiher, was also charged.

On September 14, 2011, veteran journalist Eskinder Nega was arrested on charges of involvement with Ginbot 7. Eskinder, like Elias Kifle, was among the 121 opposition party members, journalists, and human rights activists arrested following the 2005 elections, and accused of treason and other related crimes, and among the 76 who were later convicted. He has faced ongoing harassment since his release and has been repeatedly denied a license to practice journalism.

Journalists working for foreign media have not been spared from these attacks. In September 2011 the Ethiopian correspondent of the Kenyan Daily Nation, Argaw Ashine, was forced to flee the country after he was named in an unedited WikiLeaks United States diplomatic cable regarding planned attacks, by the governmental Communication Affairs Office (GCAO), on journalists from the Addis Neger newspaper. The GCAO and Federal Police summoned Argaw for questioning regarding his sources within the GCAO. Addis Neger editors and journalists were forced to close their newspaper and flee the country in November 2009 after threats of arrest under the Anti-Terror law.

Independent reporting on the conflict-affected areas of the Somali region remains severely restricted. On July 1, 2011, two Swedish journalists who had entered Ethiopia in order to report on the situation were arrested. They were held without charge for two months in Jijiga and Addis Ababa before being charged on September 6 with terrorism. Their trial continued at this writing.

Restrictions on Human Rights Reporting
The restrictive Charities and Societies Proclamation, adopted in 2009, which prohibits organizations receiving more than 10 percent of their funding from abroad from carrying out human rights and governance work, continues to severely hamper basic rights monitoring and reporting activities. Two former leading rights organizations, the Ethiopian Women’s Lawyers Association (EWLA) and the Human Rights Council (HRCO, formerly EHRCO), have had to slash their budgets, staff, and operations. Their bank accounts, which the government arbitrarily froze in December 2009, remain frozen.

The government-affiliated Ethiopian Human Rights Commission lacks independence and is not yet compliant with the Paris Principles, which the United Nations General Assembly adopted in 1993 and which promote the independence of national human rights institutions.

Discrimination in Government Services
In October 2010 Human Rights Watch published Development without Freedom: How Aid Underwrites Repression in Ethiopia, a report which documented discrimination in the administration of foreign donor-funded government services, including agricultural assistance, food-for-work programs, educational training opportunities, and civil-service reform programs. The report also showed how donor-funded facilities, such as schools and teacher training colleges, underwrite the indoctrination of civil servants and school children in political propaganda. Human Rights Watch’s research suggested that donors in the Development Assistance Group (DAG), including the US, Canada, the United Kingdom, and the European Union, were aware of such allegations, but were taking insufficient steps to investigate the misuse of their aid money.

DAG denied that aid was politicized, citing as evidence a UK Department for International Development-led report, “The Aid Management and Utilization Study,” which concluded that existing monitoring mechanisms would not detect politicization if it were occurring. That report also promised a second phase, a field investigation, which it said was crucial to establishing whether or not politicization was occurring on a broad scale. In April 2011 DAG told Human Rights Watch that this second phase, the field investigation, had been cancelled. A 2009 US diplomatic cable released by WikiLeaks said that the US embassy in Ethiopia was “keenly aware that foreign assistance … is vulnerable to politicization,” but that monitoring the problem, “risks putting the assistance programs themselves in jeopardy from a ruling party that has become confident that its vast patronage system is largely invulnerable.”

Key International Actors
International donor assistance continues to pour into Ethiopia, one of the world’s largest recipients of aid, but this has not resulted in greater international influence in ensuring government compliance with its human rights obligations. Conversely, donors appear to be reluctant to criticize the Ethiopian government’s human rights record so as not to endanger the continuity of their assistance programs.

Nonetheless, government spending remains hugely reliant (between 30 and 40 percent) on foreign assistance, and donors retain significant leverage that they could use to greater effect to insist on basic measures, such as the repeal or amendment of the Charities and Societies Proclamation and the Anti-Terrorism Proclamation, admission of UN special rapporteurs on human rights, the release of political prisoners, and better monitoring of foreign-funded programs to make sure they are not being used to bolster the ruling party.

To get ful report check-http://www.hrw.org/world-report-2012/ethiopia 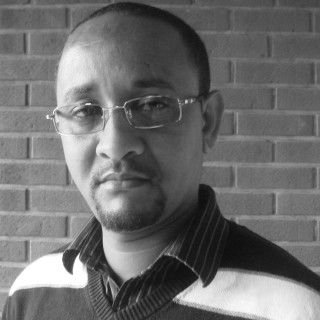